all day
only the voice of a cuckoo
so quiet 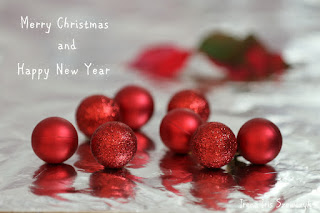 Chen-Ou Liu published my fifth haiku on his blog NeverEnding Story,
in the Butterfly Dream section,
with two Chinese translations and his comment

restless reeds
a swan at the shore shuns
my shadow 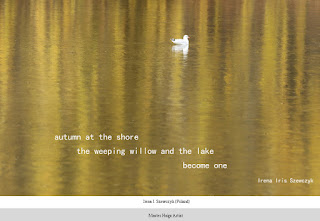 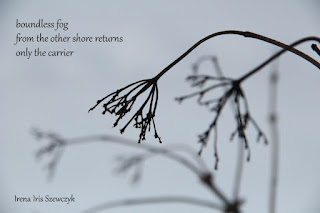 
among young leaves
so close his smiling face
Mister Buddha 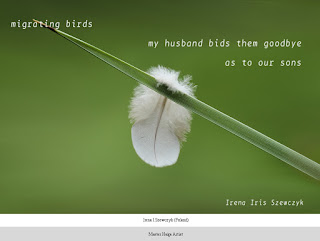 migrating birds
my husband bids them goodbye
as to our sons

About my beginnings as a haiku poet
film by Małgorzata Budzyńska

Three my photos of round-table discussions during
The 2nd Haiku Conference
at the Manggha Japanese Museum of Art in Kraków
May 15-17, 2015

travelling alone
star after star
in the same direction

autumn grass
first to settle on
my shadow 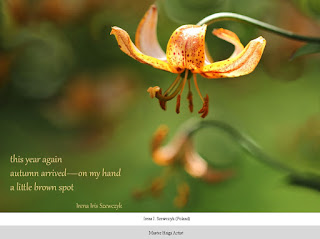 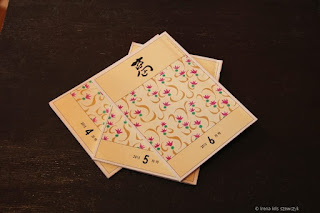 few walkers in the park so far early spring

funeral
on the road tangled footprints
of spring

初陽射し氷柱の中の泡の見ゆ
hatsu hizashi  tsurara no naka no  awa no miyu

first sun ray inside an icicle a squeezed seed

is it a clock?
calls on the shore
a new year

corner of the garden
becomes whitened
a plum bud 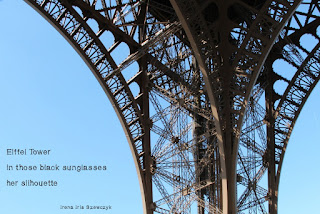 Eiffel Tower
in those black sunglasses
her silhouette 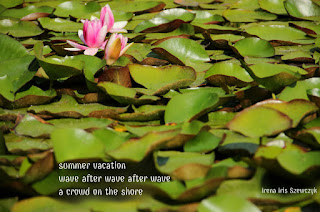 Chen-Ou Liu published my fourth haiku on his blog NeverEnding Story, in the Butterfly Dream section, with two Chinese translations and his comment.

class reunion
the path of our youth
full of potholes 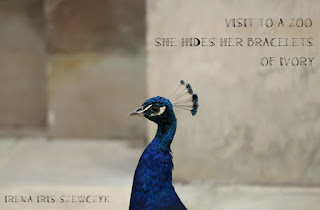 visit to a zoo
she hides her bracelets
of ivory

my haiku about The 2nd Haiku Conference in Kraków
with David McMurray's preface:

"Irena Szewczyk penned her poem while listening to presentations and readings given by haikuists from 13 countries at the Manggha Japanese Museum og Art in Kraków, Poland. A professor of Slavic languages and a respected contemporary poet, Czesław Miłosz (1911-2004) was awarded the Nobel Prize for Literature in 1980"

peaceful port
among the masts
a sliced moon

season sale
on display "The Bartered Bride"
at nice price 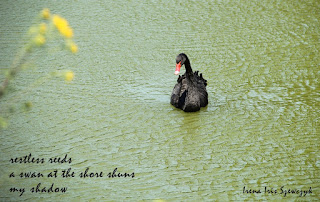 restless reeds
a swan at the shore shuns
my shadow

WHIRLIGIG, May 2015
multilingual haiku journal out of the Netherlands
4 my haiku in English, Polish and Dutch are included in this issue 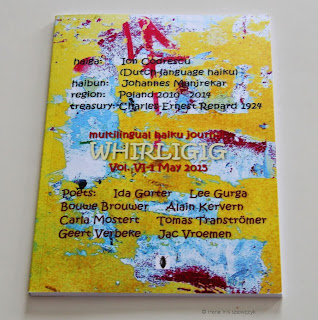 a frog
the prince in my garden
incognito

"wiśnie i wierzby" "cherry trees and willows" "sakura to yanagi"
a trilingual (Polish, English, Japanese) publication containing 99 haiku
by 19 Polish authors who attend the Haiku School in Warsaw
run by Agnieszka Zulawska-Umeda.
A fragment of the sumi-e "My Point" by Lidia Rozmus on the cover.
13 haiku of mine are inculed in this book. 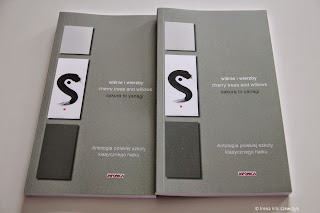 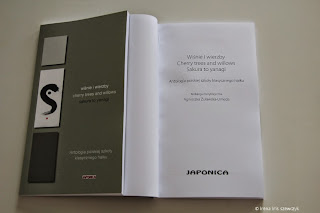 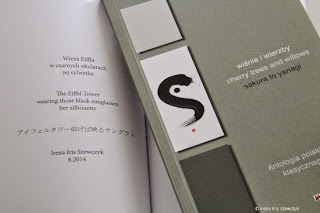 The 2nd International Haiku Conference was held on May 15-17, 2015
in the Museum of Japanese Art and Technology Manngha, in Kraków.
The participants of the Conference came to Kraków from Poland
and different countries, e.g. Japan, Germany, Bulgaria, USA, Sweden, The Nederlands, Lithuania, UK and more.
The Conference was convened in conjunction with the fourth edition of The Miłosz Festival and was dedicated to Miłosz and his work with haiku as well as to haiku generally in Poland and Europe.
There were numerous interesting presentations and round-table discussions about traditional and modern haiku, haibun and haiga during the Conference.
Czesław Miłosz (1911-2004) is a Polish national treasure. He was poet, writer, and translator and awarded the 1980 Nobel Prize in Literature. He also wrote haiku and translated from English into Polish haiku of Basho, Buson, Issa. 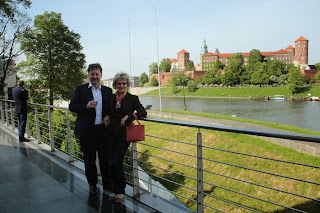 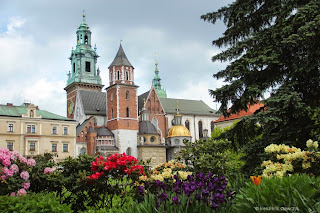 The Wawel Cathedral and Gardens
4 komentarze 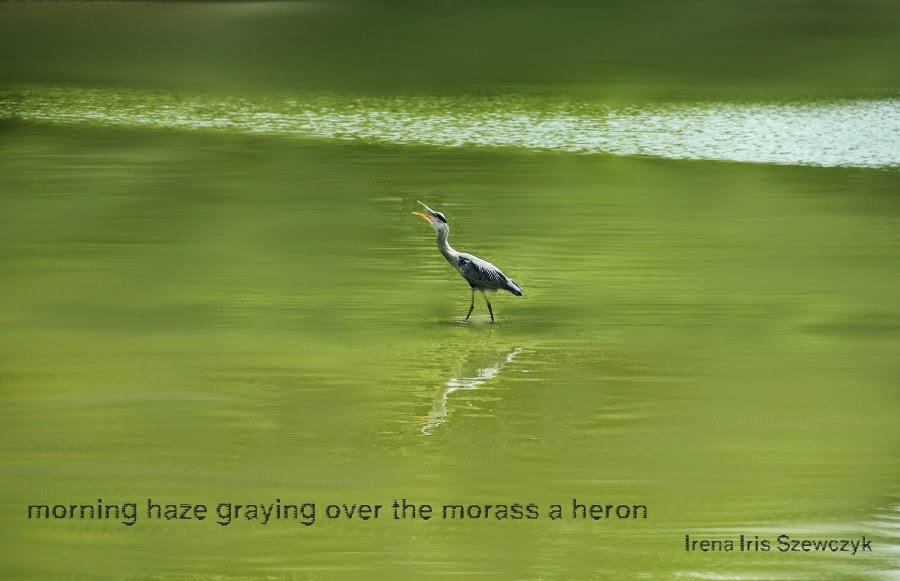 morning haze graying over the morass a heron

longest night
from darkness to darkness
the white cane 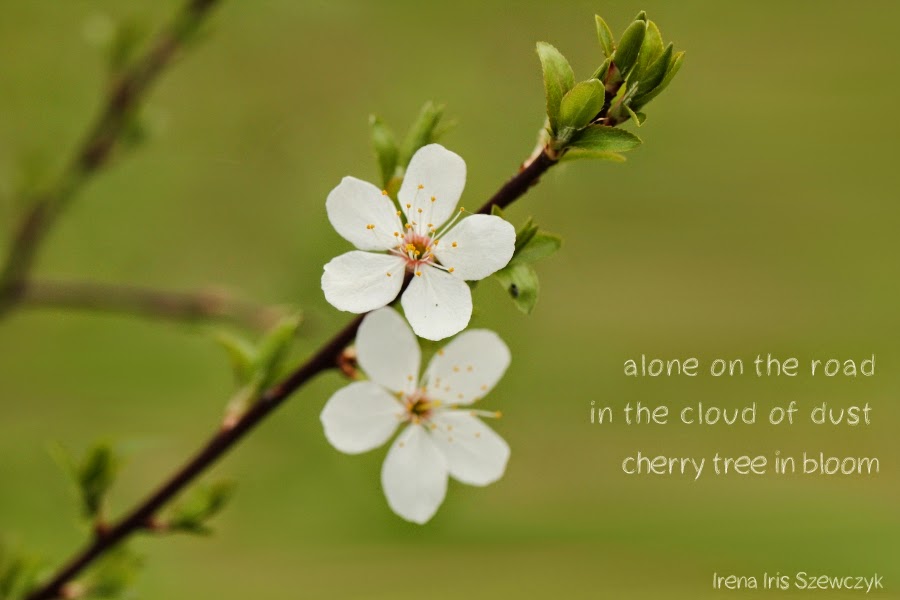 About Haiku in Polish Radio 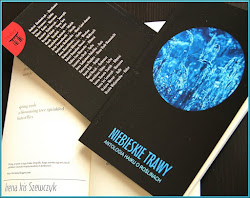 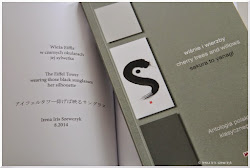 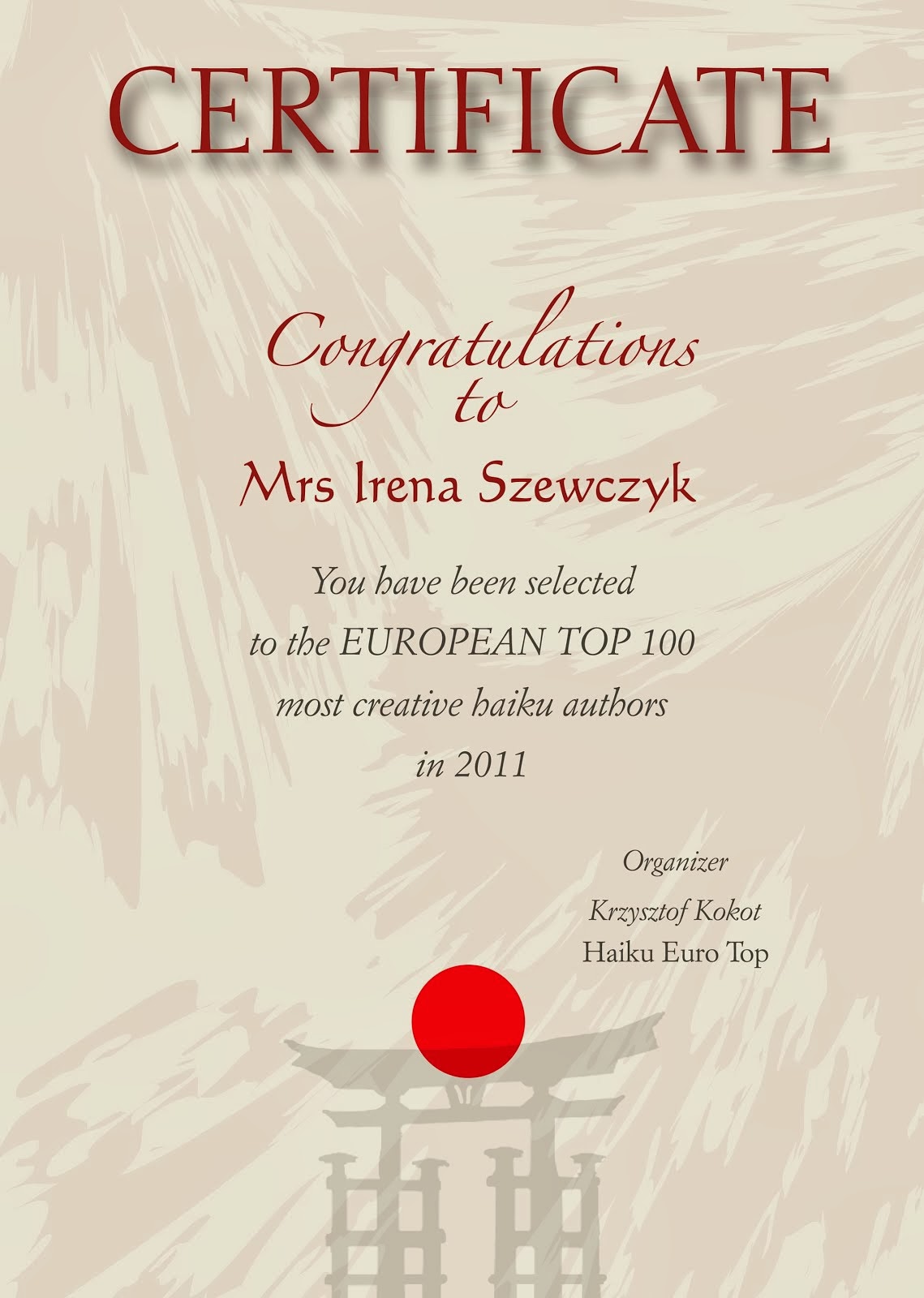 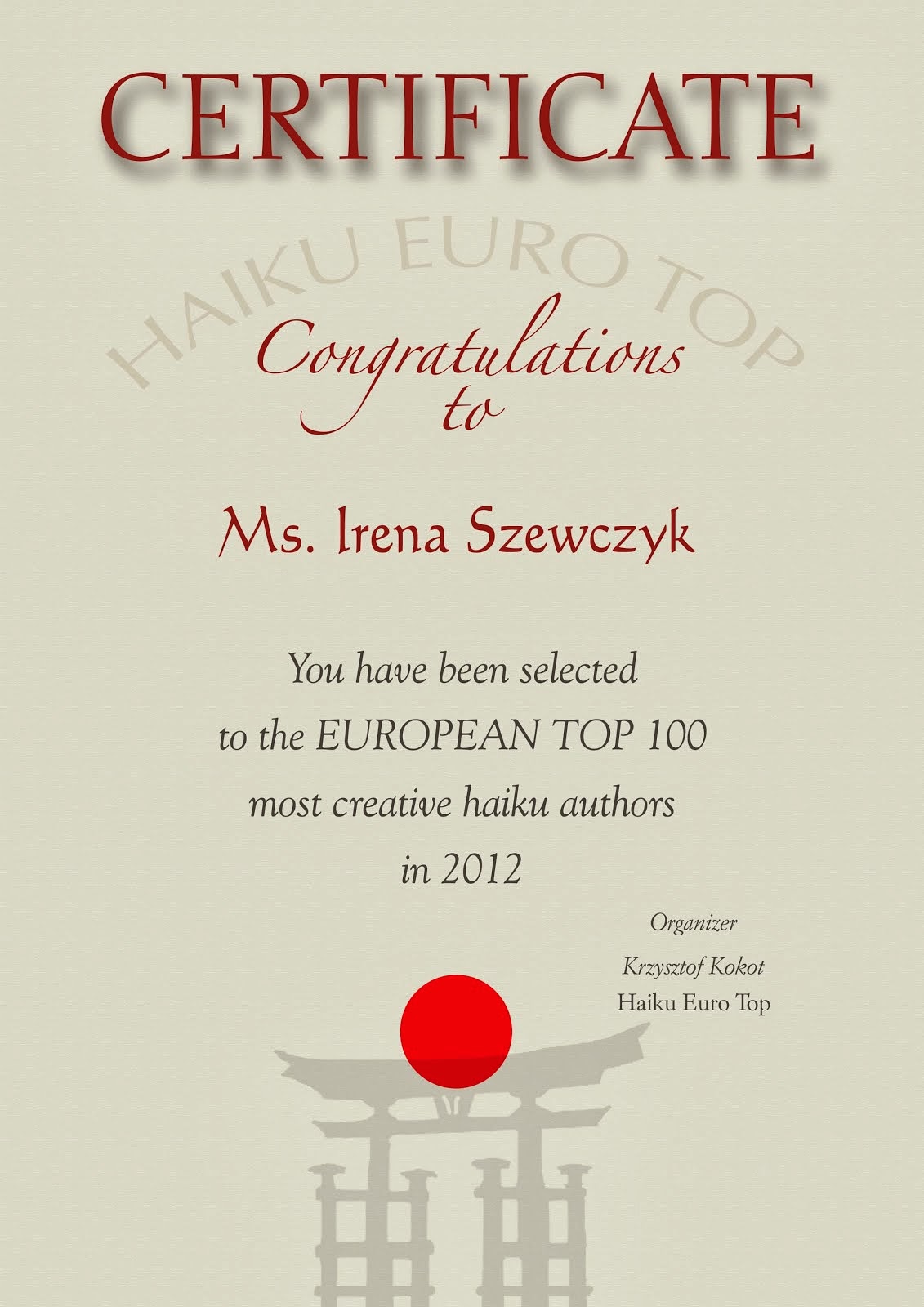 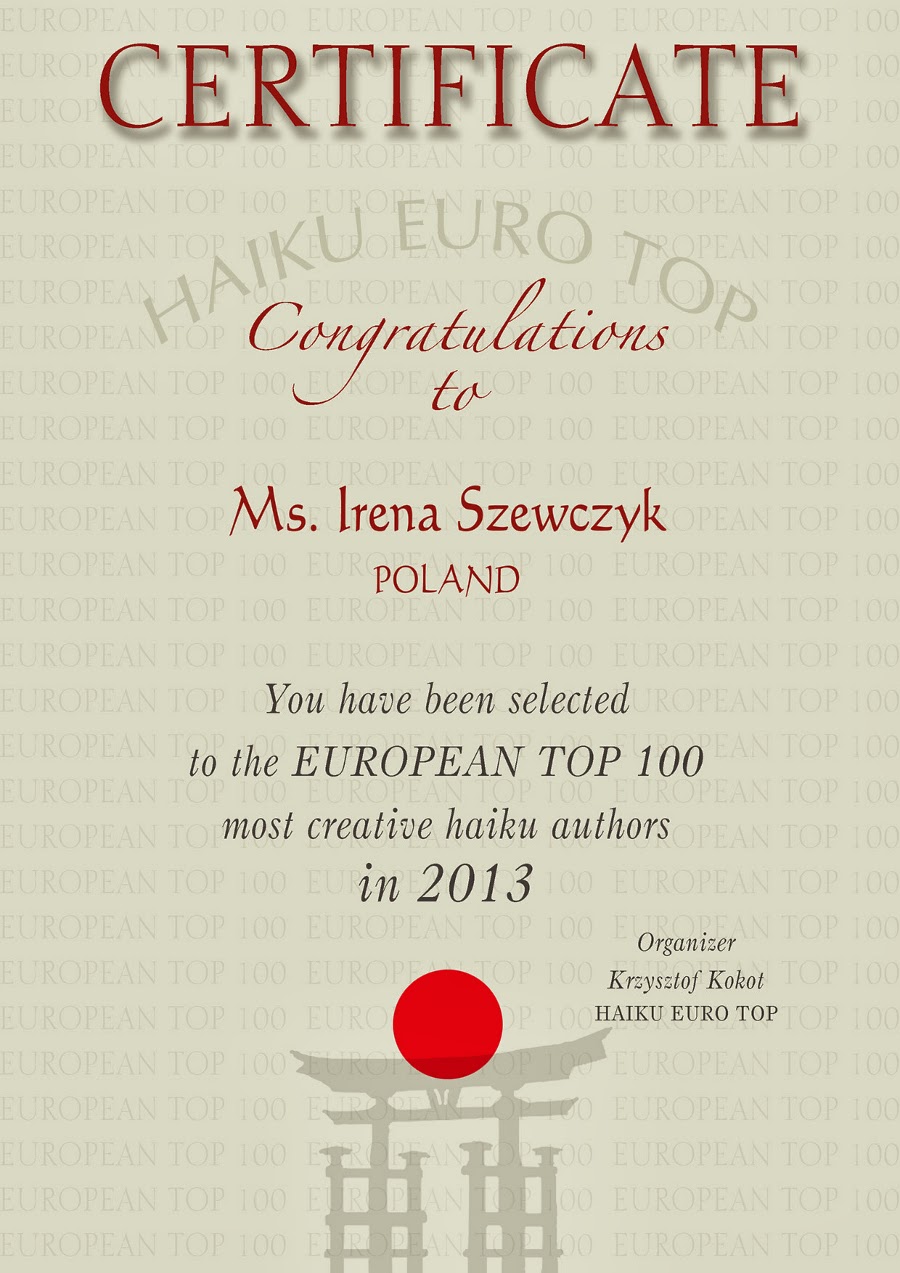 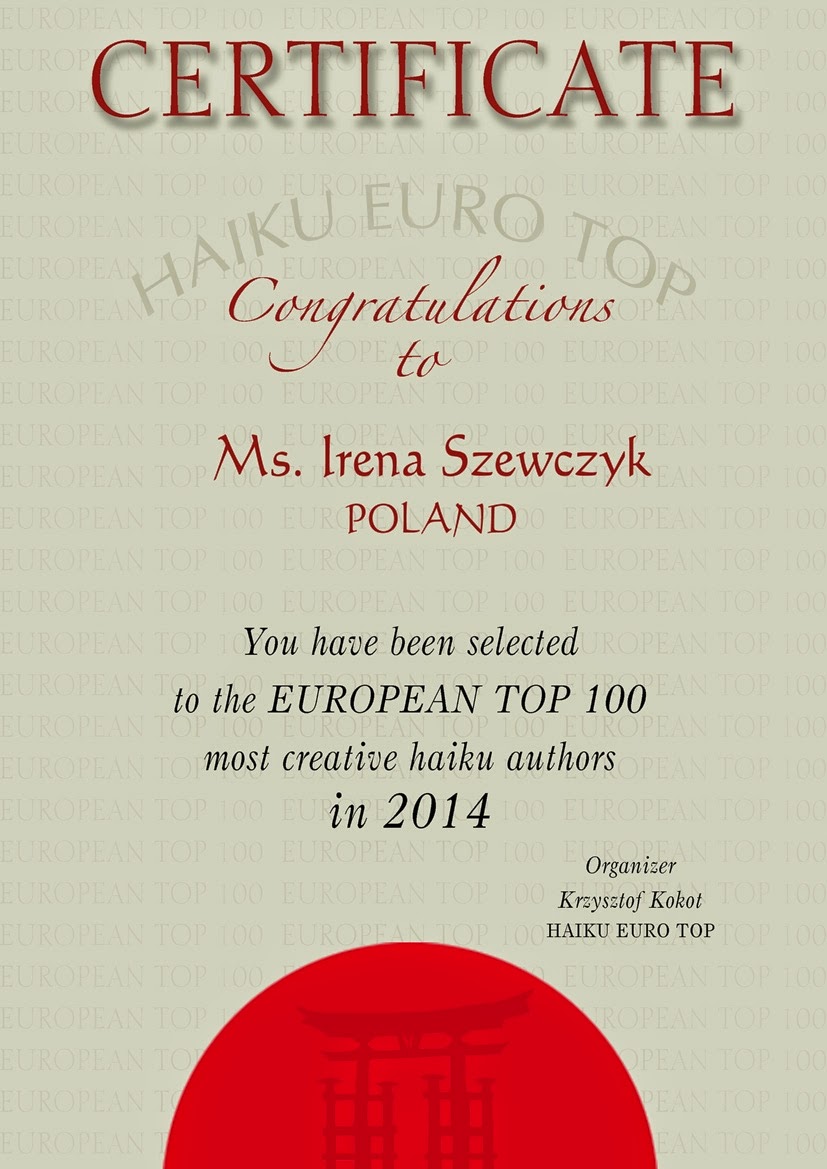 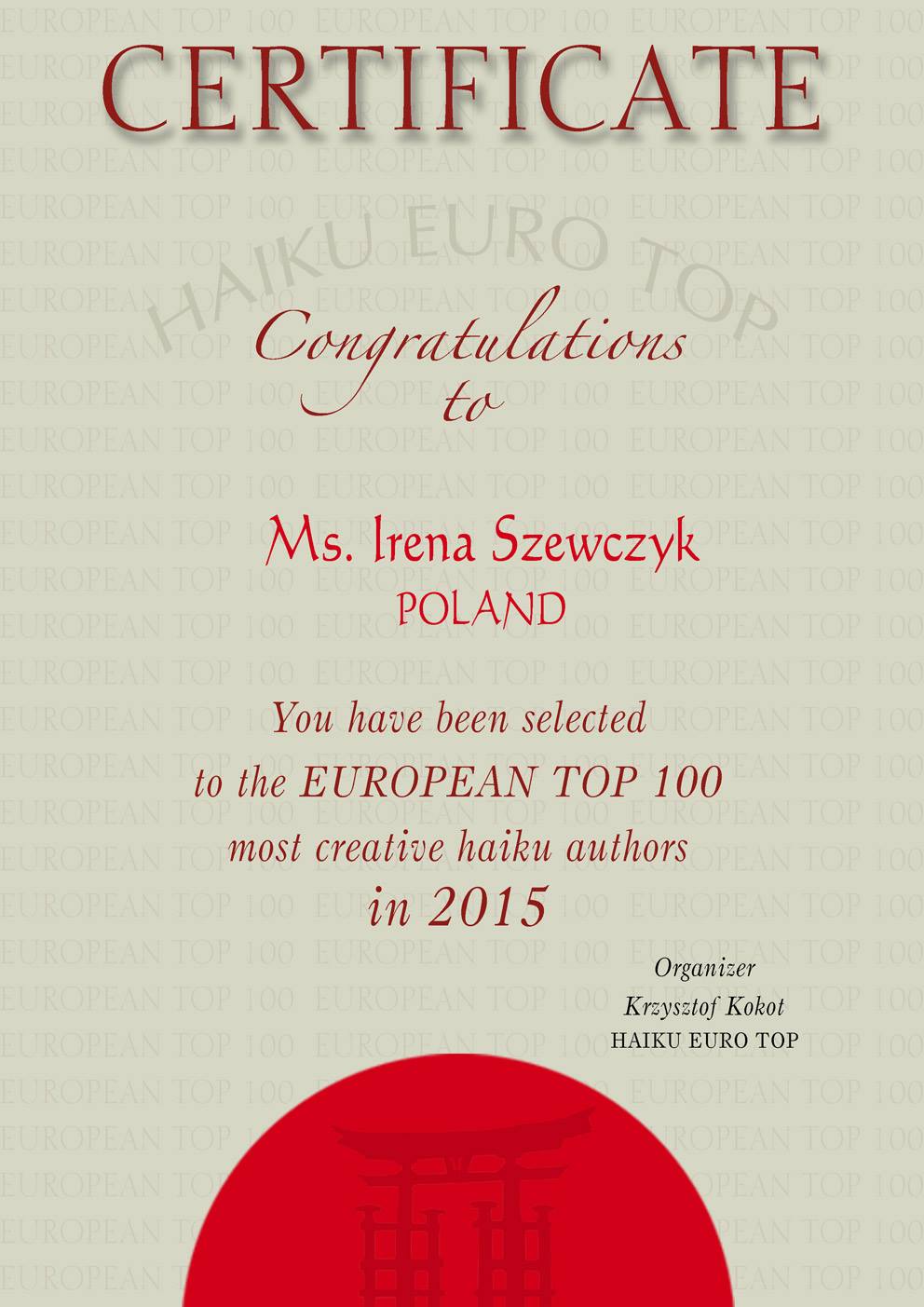 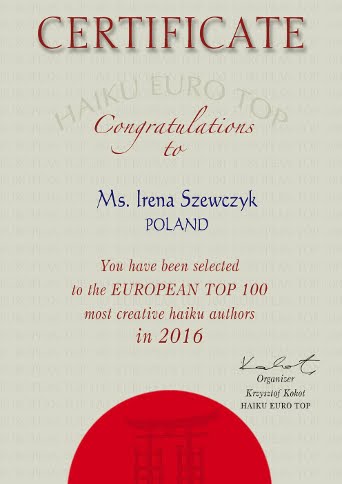